The Battle of York - this day in history

April 27th, 1813. Cannons thundered across the little town of York, and North America was at war with itself. Two new countries with citizens from the same families, same language.
Ask President Madison, the forth President of the United States, why he did it. He’d probably say that it was a golden opportunity to grab a continent while kicking the English out for good. And the English had their hands full across the ocean with a little Frenchman named Napoleon. So why not make a grab? But provoking neighbours to the north is never a good idea. Especially neighbours with their hands on the best Army and Navy in the world. So the War of 1812 became a hard driven war of battles and skirmishes that the United States had never bargained for with the British in their North American stronghold of Canada.
April 27th, was a battle; a skirmish at the quiet little Capital of Upper Canada, York.
American troops sailed by frigate and landed by long boat along the North Shore of Lake Ontario. They then marched along the shore toward the town and Fort York. In the scuffle that ensued, the Commander of the British Garrison at Fort York ordered a retreat, meaning, “Get out of town, fast. The Americans are coming.” But before they marched, or ran out of town, he left orders to blow-up the gun powder stone-house at the Fort.
As American Soldiers and Marines advanced on the Fort, the gunpowder blew and rocks from the ammunition stone-house flew in all directions, showering rocks, carnage and mayhem, killing many- including American Brigadier General Zebulon Pike, who incidentally, Pikes Peak Mountain in Colorado is named after.
The Americans were so angry at the loss of troops and good officers that when they entered the little town, they sacked the place and burned down the Government House; the Capital.
Of course sometime later in retaliation for torching Canada’s Capital, the British marched on Washington, D.C., and burned the President's Mansion. To quickly cover the blacken scars, it was decided that the mansion should be painted white and from there after it became known as the White House.
All this because of the burning of the little town of York.
The War of 1812 and 1813 claimed too many lives and spread across both nations, ending at the Battle of New Orleans. Neither country lost territory in the war and Canada was saved.

The United States and Canada eventually became the best of friends, and President Madison? Well, he became an American hero, but not for the war of 1812. In most history books it’s a forgotten war because the USA were defeated in their expansionist ambitions. But Madison went on to forge the United States Constitution and today he’s remembered for that.
But what happened to that little town of York? Well, today it’s known to the world as the City of Toronto: A native Indian name meaning meeting place.
Toronto is Canada's largest city and is still host to invading Americans each year. But now, in peace, on vacation.


"I believe that in four weeks from the time a declaration of war is heard on our frontier, the whole of Upper Canada and a part of Lower Canada will be in our power."
- Representative John C. Calhoun 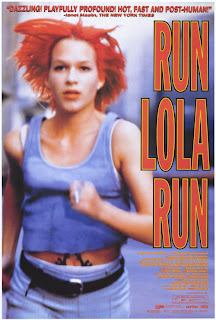