The Test of Time 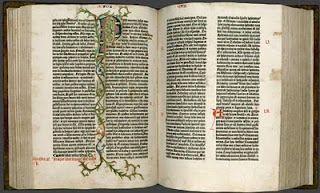 In December 2005, I was asked to give a speech about Christmas. Well, after some soul searching I decided to talk, not about Christmas itself, but about the longevity of a message. It’s about storytelling and how one story survived the Test of Time. It’s about a young Jewish man, a rabbi who claimed to be the “Son of God.”

Today, claiming to be the son of a diety doesn’t sound so unusual because we all claim to be the sons or daughters of our maker - the great universe - our God. But two thousand years ago this was quite an outrageous claim because no one ever claimed to be the “Son of God” before, and to be so emphatic and insistent about it, well, it was blasphemy.

But this young man’s claim was taken to heart by a select group of people who also took his teachings to heart. That his teachings were of such great consequence, this must have been a very special man, worthy of greatness. He was charismatic and he spoke a different message from the other rabbi’s of his culture. And his message was: “God is within us all.” Quite different indeed.

The story, we hear, tells that he was of the people, born in a stable, visited by men, perhaps kings from the east, carrying many presents: gold, frankincense and the essence called myrrh. It was a sight to behold. This little baby surrounded by goats, and sheep and cows and kings; in fact surrounded by life itself.

The story then heads into obscurity for many years. We don’t know if he was a contentious teenager or a spoiled brat. But we do hear that he learned to be a carpenter and a rabbi, that he became a teacher and a preacher, until eventually capital punishment caught up with him. Some followers called him the "Son of God" and others called him "King of the Jews," but this went against Roman law. He was accused of being a rebel rouser, of being a dissenter of the basic rules of his own culture, and of course, blasphemy. He also was accused of sedition against Roman law. He was flogged, abused and crucified.

Not many great stories survive the Test of Time because not much was ever written down in ancient times. Or if it was, it was most likely written in a single volume that could be lost or destroyed. Of course, story telling in speeches and fireside chats has long been passed down through the generations. But the followers of this charismatic man specifically set out to spread his story. Then there were others.

One new follower picked up the story not to long after it happened, and he believed in it. This man, Saul of Tarses, was a soldier who hunted down followers of the rabbi to kill them, until one day on the road to Damascus he experienced an epiphany; a sudden bright light of spiritual inspiration. He then lay down his sword, changed his name to Paul and became a follower himself. Later to be known as Saint Paul, he made it his quest to spread the WORD of the young rabbi as far away as he could. He wrote about him and his aim was to transform his memory into something greater.

So was it legend, embellished pontification or just good storytelling that it has come through the centuries to us? The story survived the Romans, through the Dark Ages, through the Renaissance in a big way. It survived kings and kingdoms and great powers and wars. And it caused wars. And every time they fought a war about it, it spread more. Again, it’s a compelling story of this good man from the Middle East who was born and was executed in Israel at the time of the Roman occupation, and who, in a very few years compiled such a resume of great teachings. Those teachings along with the Jewish Bible, became the essence of the literature of mankind. A remarkable accomplishment for a remarkable story.

Why did the story survive? Well, there was more to it. There was magic that grabbed the hearts of the masses. It had panache, kings, inept kings, peace and violence. Oh! Such violence. It had miracles and enchantment, love and sex. No, sorry, no sex. And this is where the story gets it's impetus. Because the story told that he was born of a virgin mother; that an angel came and told her that she would have a child. The story also told that during his life he performed miracles: Walking on water, turning water into wine, healing people, raising people from the dead. And after he died on the cross, he arose from the dead to motivate his friends to go out and preach about his teachings. However, there was something else. If it wasn’t for the two divine related magical occurrences, the virgin birth and his resurrection from the dead, the whole story of this young man may never have survived this long.

As the story moved from man to legend, Saint Paul, Saint Peter and others turned this simple story from a Jewish sect, into a break-away religion called Christianity. They thought so highly of the claim of this man from Israel, that he, indeed, was the “Son of God”, that they deemed him to be the Savour, a Christ, which means: both God and Man "the Messiah" sent to save the human race from sin. So the birth of this man was celebrated as a Christian Mass. Hence, Christ Mass or Christmas. And the religion spread to Rome where after much slaughter and blood spilled, three hundred years later it was finally given legitimacy by Emperor Constantine to become an official Roman church.

Again, I am not talking religion. I am simply trying to explain how a simple story lasted through the ages to become the most well known story on earth.

Through the Middle Ages, the Roman church of the followers of this preacher employed many monks to translate the story into books known as bibles. They sat in the back rooms of their churches and monasteries writing up great words of story, poetry, songs and prayers, and great embellishments to make it even greater. And like most stories, there were mistakes made when translating from one language to another. From the original Aramaic language to Greek, to Roman, to German, to English. It took so much time to hand write these volumes that there weren’t many of them made.

But the word spread anyway, to the day in 1452 when a man named Johannes Gutenberg invented the printing press and the press was used to make two hundred copies of this book, this bible, and then they made more. The story spread to the farthest reaches of humanity. Spread by believers sent to tell their tale of their faith in the story.

It’s a story that was passed through the centuries, through the cultures and peoples. Every religion and every human on the face of the earth has heard this story. And this story has survived for over two thousand years, sent down to us, to you and me, in a very personal way with words of wisdom, of metaphors and inspirations, of motivations and great courage. It tells of how to be a good person and how to get along with people. These are the traditions of great storytellers; that to get the point across we must tell a story well and from the heart, grab the emotion and tell something that people can relate to, and be in AWE of.

This story also caught the imaginations of many artists, and it’s the artists who reflect on society of the times; the magnificent churches and cathedrals built across Europe, the wonderful inspirational music of Beethoven, Handel, Mozart, Schubert, Bach and Jingle Bells. The stain glass, the paintings and all this combined with the Jewish celebration of lights (Hanukkah), the pagan celebration of winter solstice and the decorated trees from Germany. And who can forget St. Nicholas, the giver of gifts, who was enrolled in this celebration as Santa Clause (Saint Nicholas).

So, all this celebration from many cultures came to magnify the story of Christmas as we know it. And all around the world this story has taken over to add color and life at this bleak, cold, sleepy time of year. Shop decorations of red, white and green, the great Santa Clause parades, the homes full of Christmas trees, lights and treats, of turkey and mistletoe, kids faces and grandmother cookies.

And through all this, the message of this young Jewish man prevails. It still shines through. This man who wanted to tell us that to be good is to be of the universe, of your God. Who ever that may be.

This is the story of civilization. The universal message of good over evil and the celebration of life. A baby who brought us the birth of change, of spring, of hope for the world. And that’s what makes the story so compelling. It’s so simple.

In the end, as good storytellers know; "It's all about the story." That to tell a good story will always propel the message forward. And hopefully the truth, or an interpretation of it, is in the simplicity of the message itself.

This message also has a call to action. Peace on Earth - Good will to all.

At this very special time of year, the message from me is that no matter what holiday you celebrate or what your faith is, may I wish you a very happy holiday season.

And to all, a goodnight.


"The destiny of the world is determined less by the battles that are lost and won than by the stories it loves and believes in."
- Harold Goddard

"All human beings have an innate need to hear and tell stories and to have a story to live by ... religion, whatever else it has done, has provided one of the main ways of meeting this abiding need."
- Harvey Cox, The Seduction of the Spirit

"Stories are the creative conversion of life itself into a more powerful, clearer, more meaningful experience. They are the currency of human contact."
- Robert McKee
at 4:37 PM